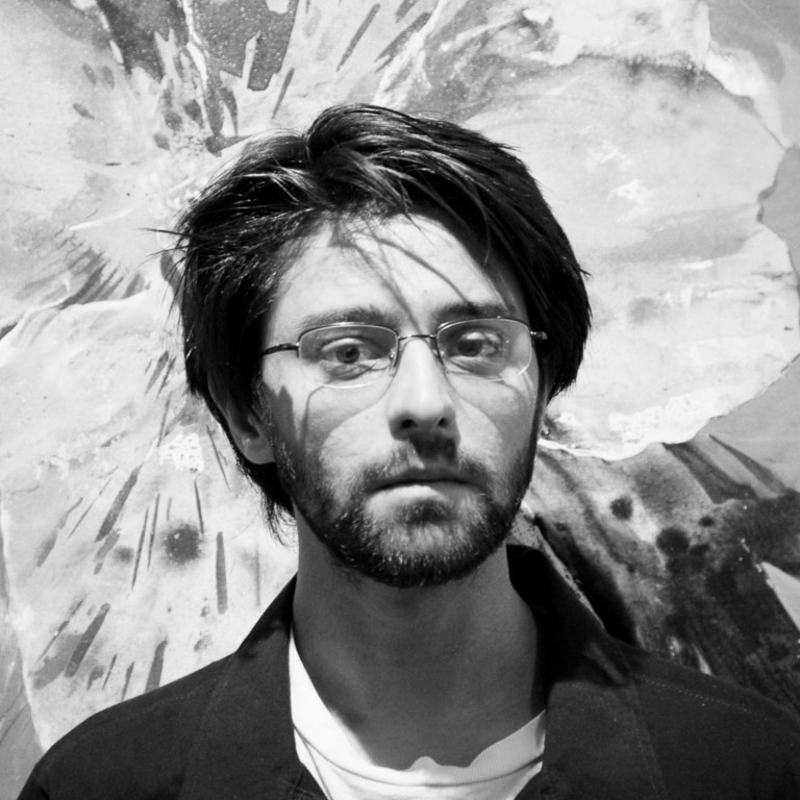 Amirali Ghasemi (b.1980, Iran) is a curator, media artist, and graphic designer based in Tehran. He graduated in 2004 with a BA in graphic design from Central Tehran Azad University, with an emphasis on research in digital art history. In 1998, Ghasemi founded Parkingallery, an independent project space in Tehran, and in 2002 he set up Parkingallery.com, an online platform for young Iranian artists. Ghasemi has shown his photographs, videos, design works in various festivals and exhibitions internationally. As a curator, he has been directing many exhibitions, workshops, and talks for Parkingallery projects, such as *Deep Depression (2004-06), Sideways (2008). He has co-curated The Urban Jealousy,1st International Roaming Biennial of Tehran (2008-09) and seven editions of Limited Access Festival for Video and Performance (2007-11), followed by his involvement in a variety of projects for institutions, project spaces, and universities internationally. He was the guest curator for the CCBRUGGE in 2010 and along with his independently curated programs like “The invisible present”( Brazil, USA) which he guest-programmed a video art section for Rotterdam and Goteborg film festivals in Jan- Feb 2013. and the most recent programs like “Monument in flux” at w139, Amsterdam, Moving Dust, “(un)broadcasted event” shown at the New Horizon Film Festival, Wroclaw and “Detour to Tehran” in Vienna & Munich. He is currently working with photography, video, installation, and interactive projects, besides writing on the Tehran art scene and contemporary Iranian art for various magazines and on his own art-log. IRAN&CO is his ongoing curatorial project, an ongoing exhibition, and archive of Iranian art representation beyond its border.
In summer 2014, Ghasemi co-funded New Media Society, a network-based research platform and library. He joined the Postgraduate M.A. Course “Art in Context” at the Berlin University of the Arts in 2015, and in 2017 left it unfinished to return to Iran and focus on his curatorial projects at New Media Society and Tamaas Foundation for Media Arts.