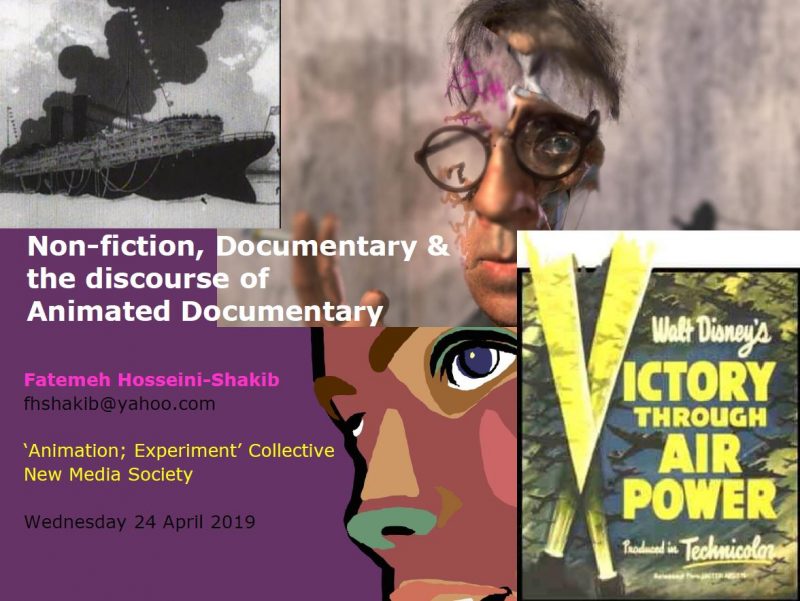 On Wednesday, 24th April 2019, Fatemeh Hosseini-Shakib will kick-start the Animated Documentary Season of ‘Animation: Experiment’ collective (held in New Media Society) by a presentation on the theoretical polemics related to the topic, and screening a broad range of approaches and practices in relation to such kind of film.

“Animated Documentary “or” Documentary Animation” is a relatively new discourse in expressive and aesthetic possibilities of traditional and modern animation techniques and formats to represent or speak about reality and the real. In fact, where the conventional concepts and approaches in live-action documentary fail to communicate, the animation begins to articulate.

Despite serious challenges posed by the orthodox definitions of both animation and documentary, documentary animation, as an alternative approach to speak or suggest about the objective or subjective realities has gained recognition and legitimacy in recent decades. This ontological challenge roots in the seemingly paradoxical accounts of animation as something totally manipulated and controlled and that of documentary film as a not-at-all manipulated, or an objective and unbiased representation of reality by ‘filming’ it. Today, these initial contradictions and disputes in the emergence of the form have provided a fruitful foundation for an in-depth discussion about the fluctuating essence of reality and the impossibility of removing the barrier of representation. 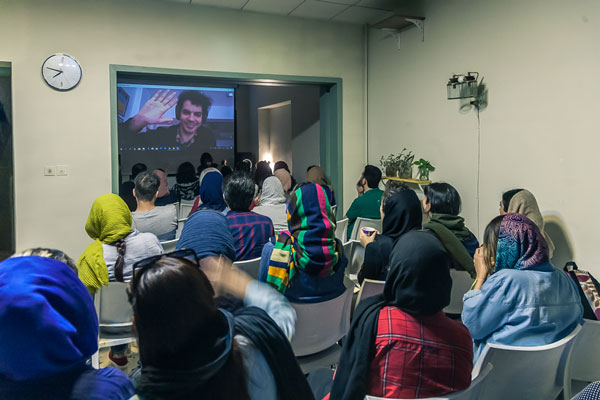 Dante Zaballa is a frame by frame animator from Argentina, who enjoys generating a colorful and psychedelic universe by experimenting with diverse techniques. His work is particularly free and dynamic; he combines seemingly messy hand-drawn lines, raw shapes and flickering textures. Animator Dante Zaballa tries to avoid the internet often and draws inspiration from almost everything surrounding him–even watching his neighbors showering. 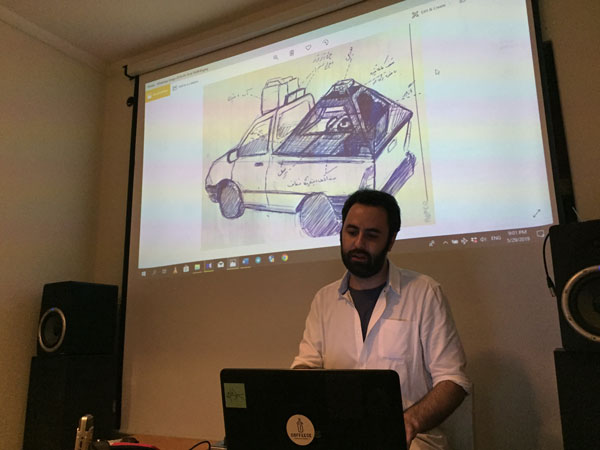 Pooya Razi is a 34-year-old visual artist living and working in Tehran. Flash Art magazine has described his paintings, which have been exhibited in Tehran, Paris, New York, and Dubai–as explorations of « the poetry of the human psyche. » Razi holds a BA in Painting from the University of Tehran Arts Faculty. In 2012 He started to create “The Noise”, his first film. The film was nominated for the Grand Prize- International Competition at Oberhausen International Short Film Festival and officially selected for many important film festivals such as Clermont-Ferrand Short Film Festival 2015, « Festival du nouveau cinéma ». Montreal, Canada, “Glasgow Film Festival” Glasgow, Scotland,2015. 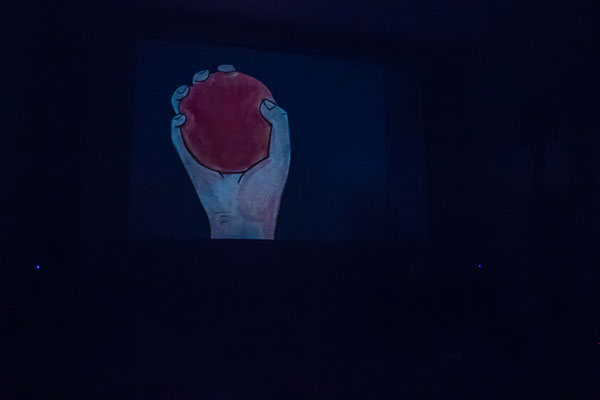 In this session of animated-documentary series, we will have a conversation with American artist and professor; Sheila M. Sofian via Skype, about her works and her technique.

Sheila M. Sofian creates films that investigate social issues utilizing a unique hybrid of animation and documentary. Sofian has produced seven award-winning independent animated films. She recently completed production on “Truth Has Fallen”, a feature length animated/live action documentary about people wrongfully convicted of murder and flaws in the United States legal system that led to these injustices. Sofian has received grants from the John Simon Guggenheim Memorial Foundation Fellowship, the Rockefeller Media Arts Award, the Roy W. Dean Film Grant, the Pennsylvania Council on the Arts, the Women in Film Foundation and the Pew Fellowships in the Arts. Sofian is currently Full Professor at the University of Southern California. 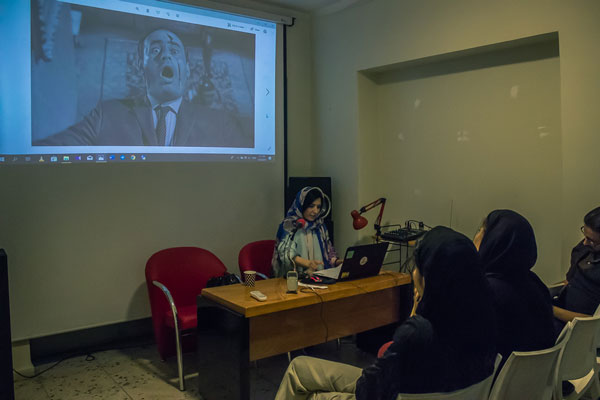 Narges Rezaian, born in 1981, an MA graduate from Tehran University of Art, started her career in animation in 2003. She has collaborated in several projects in Saba Company, Hozeh Honary, Gonbad Caboud Studio, Abnous Studio, Tuka Studio, Didar Company, Datasheen Company, Kanoon Iran Novin, and Sana Hezareh Pardazesh Company at Tarbiat Modares University. She works as a professional animator, character designer, storyboard artist, and art director. Also, Rezaian has worked as the animating teacher and tutor at Barfa Studio and Farzanegan Highschool. She started her research in 2014 as she learned about the Cinema of Jan Svankmajer and Brothers Quay and the theories of Jacques Lacan during the psychoanalysis course with Professor Fatemeh Hosseini-Shakib. She is currently working on two articles extracted from her MA thesis.
In the following section, with the concentration on the nature and the function of the Lacanian objet petit a and the gaze in the visual perception and cognition of the subject, especially in cinematic experience, she elaborates on the significance and the expression role of the media, animation in specific, in reproducing the encounter with the real for the audience.