Abstract animation’s case was opened from the first session aiming to emphasize the necessity of today’s audience encountering this form, and also analyze abstract animation as one of the fundamentals of animation and experimental cinema. This season was then continued focusing on abstract animation, its history and definition followed by introducing some leading artists and screening their works. 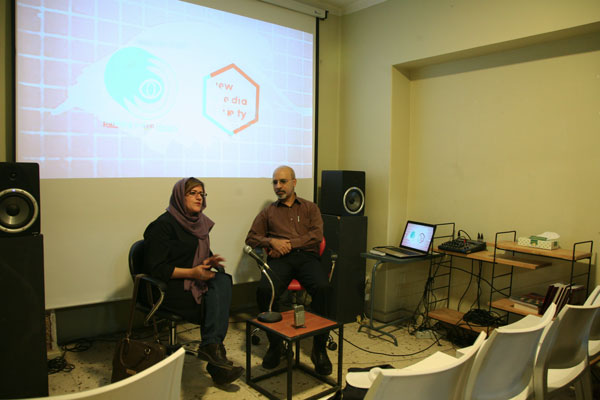 For the first session under the theme of  “abstract animation,” we will look at the works of “Hossein Moradizadeh” with the presence of Dr. Fatemeh Hosseini Shakib (Tehran Art University). Hossein Moradizadeh, painter and animation filmmaker, graduated of animation-direction (BA)  from the University of IRIB (1987-1992), has been a member of the jury for the animation section at the house of cinema festival (2002, 2007,2014 and 2015). Since 2007, he has made several short films/series and also a cinematic stop-motion trilogy called The Legend of Mardoush.

His films have been shown in more than 40 international animation festivals and have won numerous awards and their techniques vary from stop-motion to two-dimensional and sub-camera stroke. In the upcoming session series of his short experimental films, followed by a talk and a Q&A.

The session will be held in Persian.

There is a suggested donation of 10.000 tomans to support the project. 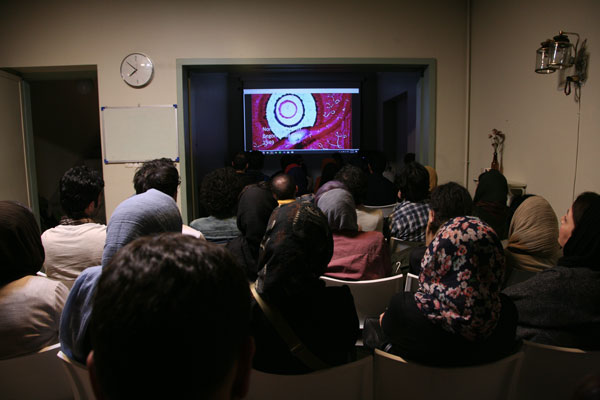 The second meeting of the “Animation; Experiment” sessions series was held on Wednesday 8th Nov 2017. As an introduction to the upcoming sessions, the meeting contained screenings of pioneer artists’ works as well as contemporary ones, divided into a “history” and a “latter” section. A conversation was also held about abstract animation with Somayeh Khakshour and Mehdi Shiri. In the end, Alireza Chitaei, one of today’s Iranian artist, talked of his issues in his artistic path and films.

During the first hour and a half, we watched films from Hans Richter, Oscar Fischinger, Len lye, Norman McLaren, Ishu Patel.

(A complete list of the films and their download links are available on Animation Experience’s Google Drive). 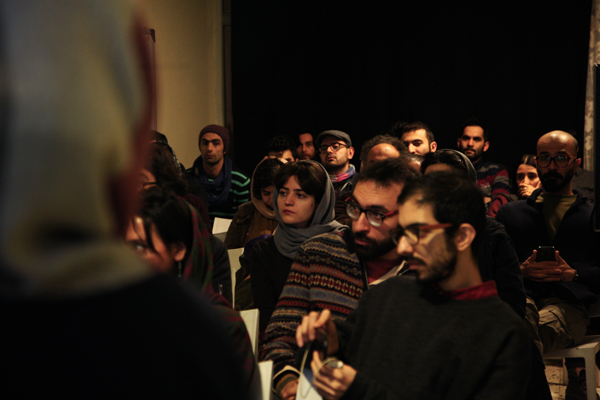 In the 3rd session of Animation, Experiment at New Media Projects, following the previous sessions dedicated to abstract animation, we will gather to watch FREE RADICALS, A History of Experimental Film (2011) a documentary film by Pip Chodorov on Wednesday, Dec 13, 2017, at 6 pm. The session continues with an open discussion with the presence of Dr. F. Hosseini Shakib.

This feature-length documentary provides a vivid, eye-opening, and appropriately personal introduction to one of the most important, yet perpetually marginalized, realms of filmmaking: avant-garde cinema.

Achieving the near-impossible task of doing justice in a mere 82 minutes to this incredibly rich, varied, and expansive domain, FREE RADICALS is as expertly constructed an introduction to the topic as one could hope for, thanks in large part to the film’s privileging of rare interviews with some of the most important filmmakers in the avant-garde tradition (including Jonas Mekas, Peter Kubelka, Stan Brakhage, and Hans Richter), and its inclusion of several films in their entirety. The film’s sincere admiration for its subject is best reflected by Chodorov’s own description: “I wanted to share a few of the films I love and introduce you to some of the free, radical artists who made them.” 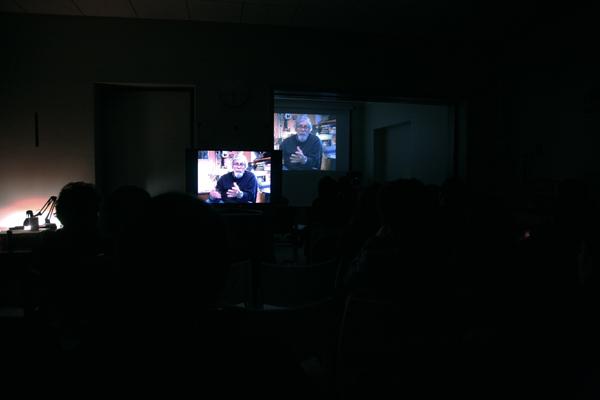 In the fourth meeting of the “Animation; Experiment” sessions series named animation and abstract cinema which was held on Wednesday, Jan 3rd, 2018, we took a look at Robert Breer’s Artworks. Robert Bereer is an American filmmaker, painter,  and sculptor.

In this session, we had an overview of Breer’s paintings and sculptures, as well as his recent films. 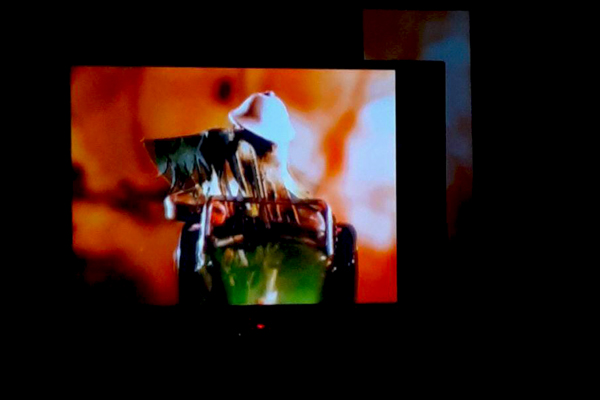 At the 5th session of “Animation; experiment” we looked at works of Len Lye (1901-1980) with a comprehensive approach. At first, we watched his experimental and abstract films which included works created by scratching and drawing directly on films, as well as commercial shorts for the General Post Office and a Motor oil company. Later on, Golnaz Moghaddam held a presentation about his kinetic sculptures. Lye presented his sculptures as a continuation of his filmmaking, using movement as a key element of expressing concepts with metal sheets and electric engines in performative installations. At the end of the second part, a panel discussion was held with the presence of Dr. Shakib. 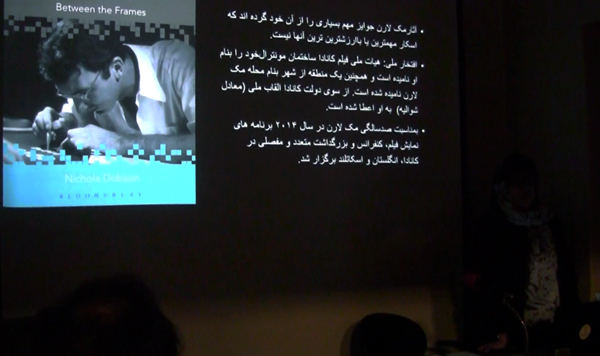 Norman McLaren (April 11th, 1914 – January 27th, 1987) Canadian-Scottish film and animation director, scriptwriter and producer is known for his innovations in animation and his artworks that have been made for National Film Board of Canada. He was a pioneer in using animation techniques such as abstract animation, pixilation, graphical sound, visual music, hand-drawn animation, camera-less animation, and drawn-on-film animation.

McLaren’s films can be considered as adventures between two frames. Celluloid film is the raw material of his innovations and experiences; as the mediator in the process between camera and projector.

He believed that animation is the recreation of difference. In addition, a sense of dance and rhythmic memories can be seen in his artworks.

The 12th session of “animation; experiment” was held on May 5th, 2018 with the approach of studying abstract animation. With the presence of four Iranian Artists, we discussed the abstract artworks in productions of Iranian independent artists. These artists were Arman Alipour, Tara Najd Ahmadi, Siavash Naghshbandi and Amir Kazemi. After watching their artworks, each artist made a definition for abstraction. After that, we had a free-discussion on screening animation on cyberspace and art galleries. At Last, abstraction was revised in their animation.

Has been experiencing various techniques including cut-out and cell-animation since 2003, Arman has made short animations and has studied motion loops and motion graphics.

M.A in Animation from Tarbiat Modares University, Amir has started his career professionally since 2010 with making animations for events at the University of Tehran and cooperating with Hoorakhsh studio.

Graduated from Iran Broadcasting University in 2008, Siavash’s films have entered into many international festivals. He won the Isfahan documentary festival’s award and the special award of the Art University of Tehran in 2008.

M.A in Film and Ph.D. student of cultural and visual studies at the University of Rochester, Tara is an experimental filmmaker. Her films have entered into festivals in the US, Iran, Canada, and Europe and they also have won several awards. 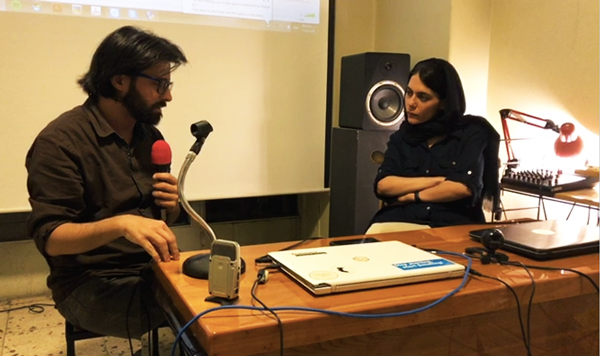 The 14th session was held on June, 13th 2018 at New Media Projects. In this session, following the abstract animation study, Along with two Iranian artists, Golnaz Behrouznia and Anahita Hekmat we watched and discussed their artworks.

In the first section, we talked about the process of forming their joint projects with Golnaz Behrouznia and François Donatou, the voice designer, lecturer, and self-taught composer. Golnaz Behrouznia was born in Tehran and has a B.A. in sculpting from the University of Tehran, she currently lives in France. Her project, The Fantasy Systems and the Duet of Artists, is based on her interest in subjects related to biology. Organic imaginary forms that represent the dual world of the simultaneous existence of technology and organic organisms.

In the second part, we had a discussion with Anahita Hekmet, one of the organizers of the program called Sessions at Beta-Local in Puerto Rico and lecturer at Berkeley University. She employs a variety of media, including drawing, installation, video, audio, urban installations, website, and site-specific media. Her recent artistic research has focused on the impact of new technologies on collective and individual memory as well as on our understanding of the locality.