In 2018, “Animation; Experiment” has started a new series of sessions called “Ecran”. In this category of sessions, the most notable experimental films of the recent years would be screened. 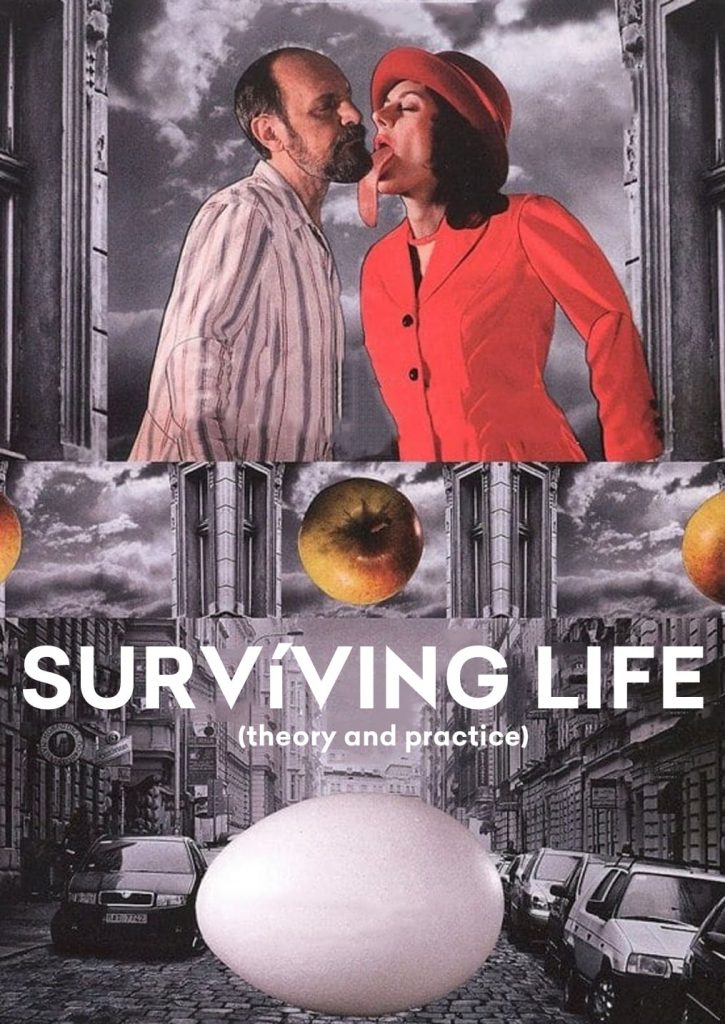 Surviving Life (Czech: Přežít svůj život) is a 2010 Czech comedy film by Jan Švankmajer, starring Václav Helšus, Klára Issová, and Zuzana Kronerová. The film uses a mix of cutout animation from photographs and live-action segments and tells the story of a married man who lives a double life in his dreams, where he meets another woman. It premiered out of competition at the 67th Venice International Film Festival. 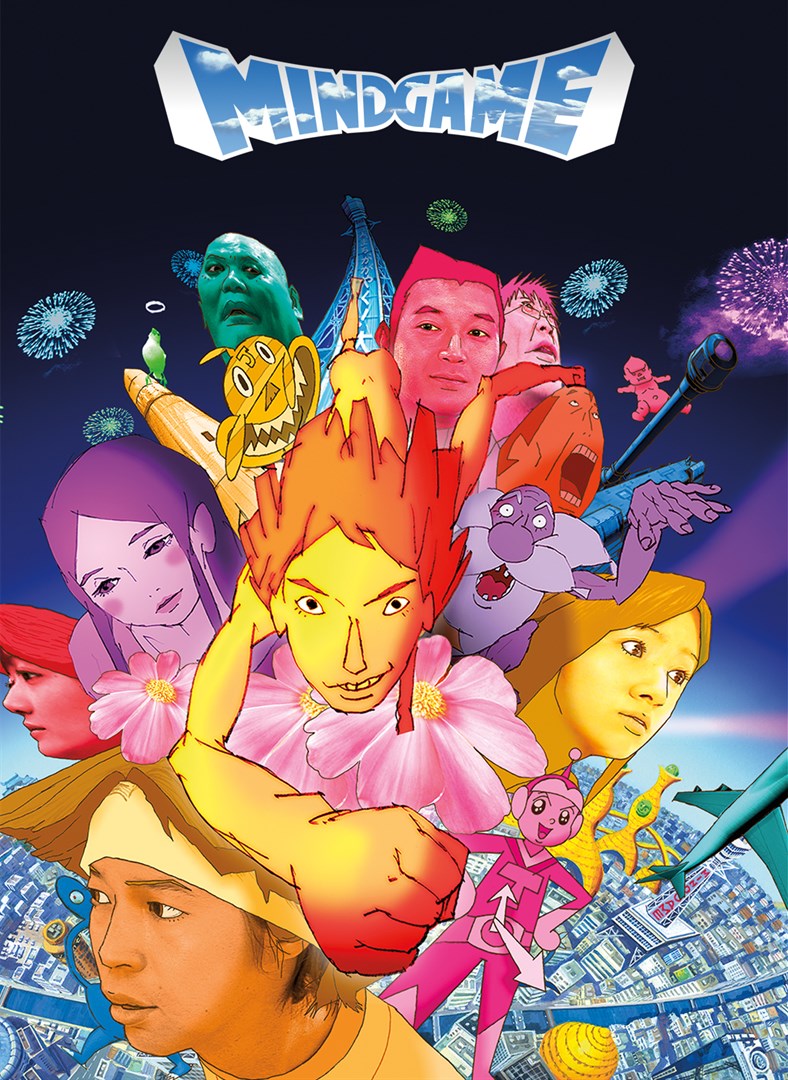 Mind Game (Japanese: マインド・ゲーム Hepburn: Maindo Gēmu) is a 2004 Japanese animated feature film based on Robin Nishi’s manga of the same name. It was planned, produced and primarily animated by Studio 4°C and adapted and directed by Masaaki Yuasa in his directorial debut, with chief animation direction and model sheets by Yūichirō Sueyoshi, art direction by Tōru Hishiyama and groundwork and further animation direction by Masahiko Kubo.

It is unusual among features other than anthology films in using a series of disparate visual styles to tell one continuous story. As Yuasa commented in a Japan Times interview, “Instead of telling it serious and straight, I went for a look that was wild and patchy. I think Japanese animation fans today don’t demand something that’s so polished. You can throw different styles at them and they can still usually enjoy it.

The film received a cult audience and was well-received, winning multiple awards worldwide, and has been praised by directors Satoshi Kon and Bill Plympton. Allegedly, according to Tekkonkinkreet director Michael Arias, there was a consideration for a release of the film on the R1 DVD but it fell through. The film is now available to stream on Netflix in Australia as of 2016. GKIDS announced that they licensed the film, which streamed on VRV Select on December 29, 2017, followed by a limited theatrical run in February 2018 and a home video release in spring 2018.

3-It's Such a Beautiful Day 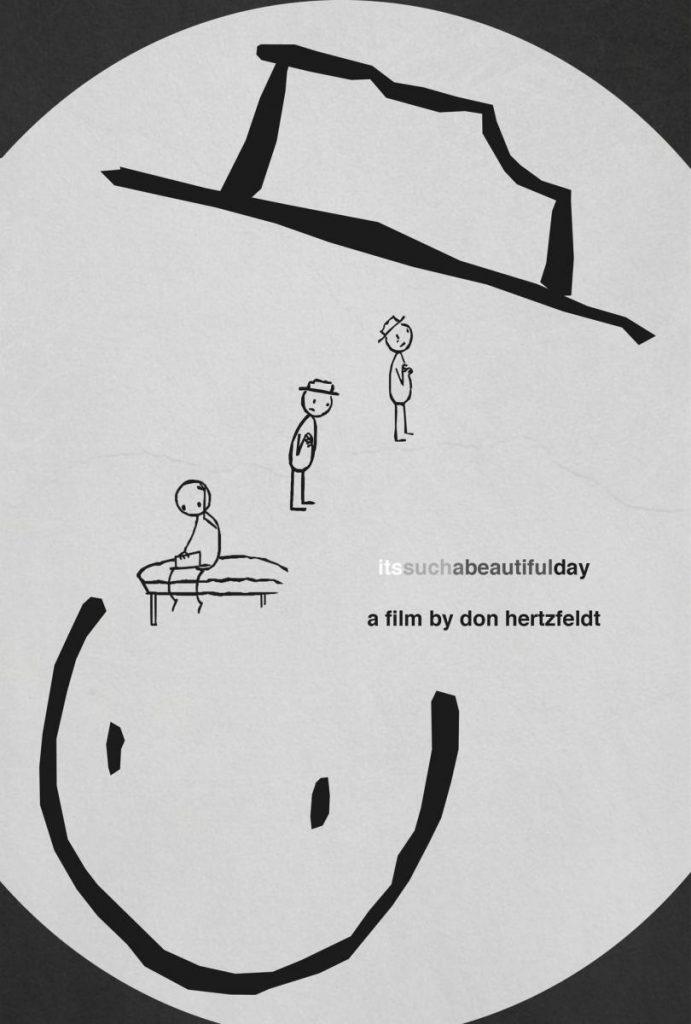 It’s Such a Beautiful Day is an experimental black comedy-drama animated film directed, written, animated, and produced by Don Hertzfeldt as his first feature film. It divides the film into three chapters and follows the story of a stick-figure man named Bill, who struggles with his failing memory and absurdist visions, among other symptoms of an unknown neurological illness, implied to be brain cancer. The film employs both offbeat humor and serious philosophical musings. It received critical acclaim and won numerous awards. 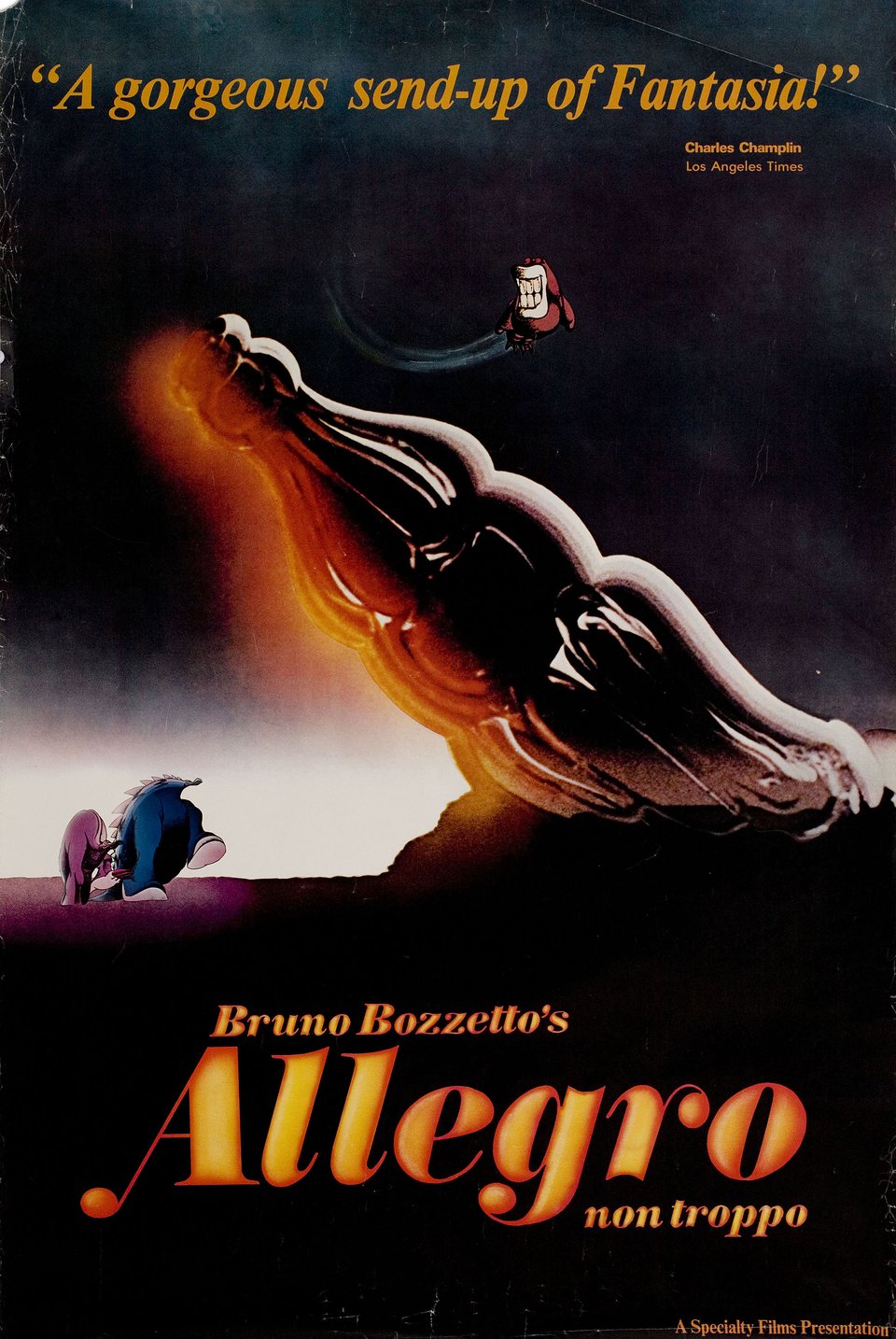 Allegro Non-Troppo is a 1976 Italian animated film directed by Bruno Bozzetto. Featuring six pieces of classical music, the film is a parody of Walt Disney’s Fantasia, two of its episodes being derived from the earlier film. The classical pieces are set to color animation, ranging from comedy to deep tragedy.

In the beginning, in between the animation, and there are black and white live-action sequences, displaying the fictional animator, orchestra, conductor and filmmaker, with many humorous scenes about the fictional production of the film. Some of these sections mix animation and live-action.

The film was released in two versions. The first includes live-action sequences in between the classical pieces; the second version of the film omits these, replacing them with animated plasticine letters spelling out the title of the next piece of music. 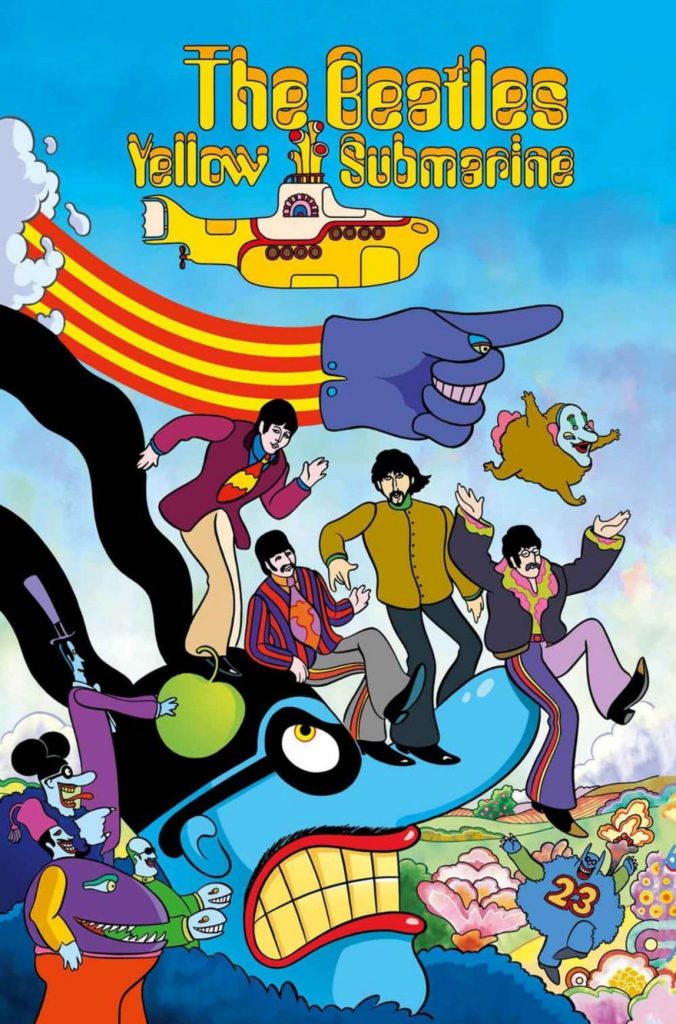 Yellow Submarine (also known as The Beatles: Yellow Submarine) is a 1968 British animated musical adventure film inspired by the music of the Beatles, directed by animation producer George Dunning, and produced by United Artists and King Features Syndicate. It is one of the most important movies in British animation history. Although the main four singers of the Beatles are present in the animation, their voices are not used. The colorful visuals of the animation are psychedelic, and they remind us the British pop culture in 60s.

6-Is the Man Who Is Tall Happy? 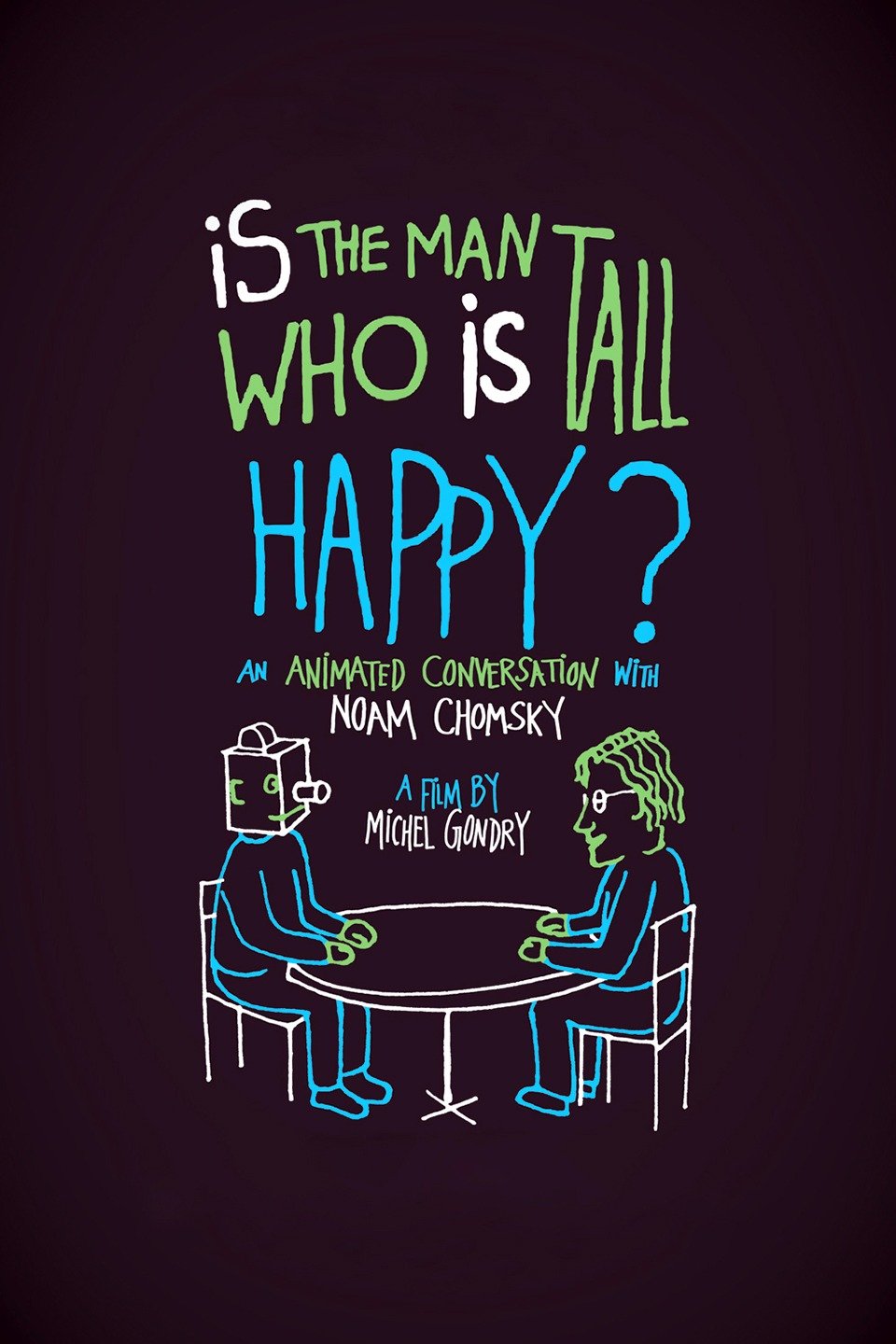 Is the Man Who Is Tall Happy? is a 2013 French animated documentary film by Michel Gondry about the linguist, philosopher, and political activist Noam Chomsky.

Originally titled Is the Man Who Is Tall Happy?: An Animated Conversation with Noam Chomsky, it was first screened on 12 February 2013 at the Massachusetts Institute of Technology. The film had its European premiere in the Panorama section of the 64th Berlin International Film Festival.

7-Rocks in my pockets 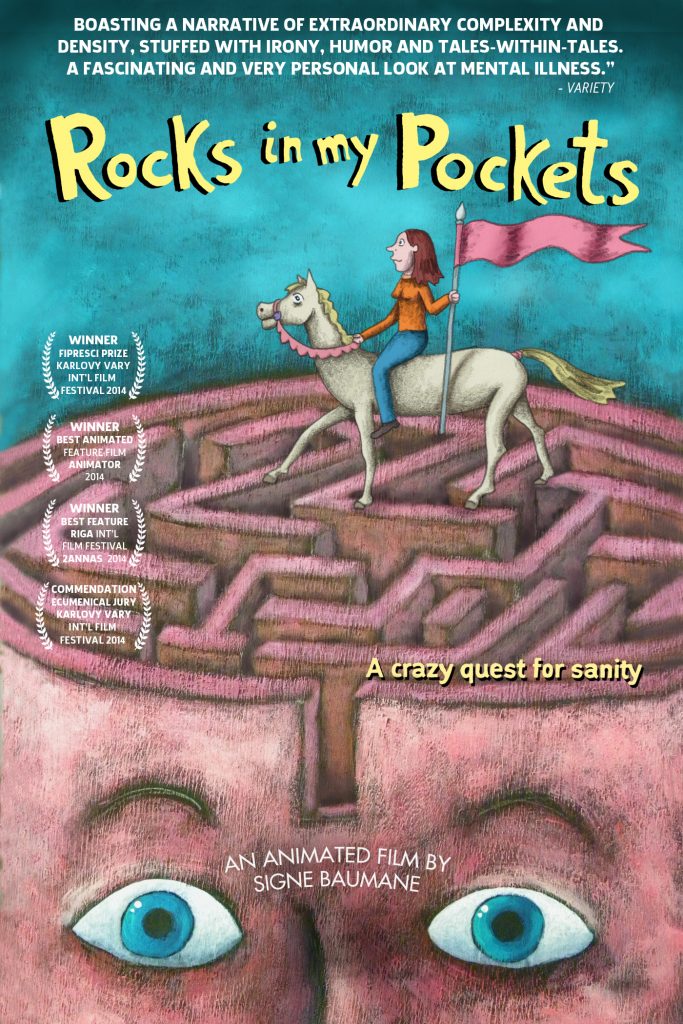 Rocks in My Pockets  is a 2014 animated film written, produced, directed and animated by Signe Baumane. It was originally created in English and a Latvian version was thereafter translated and produced. The film is based on true events about five women of the filmmaker’s family, including herself, and their battles with depression and suicide. This feature animation contains complex short stories influenced by Svankmajer in surrealism, and Bill plympton’s gags. The movie was a monologue narrated by Signe herself as it has been her therapy too.

8-A collection of short animated documentaries 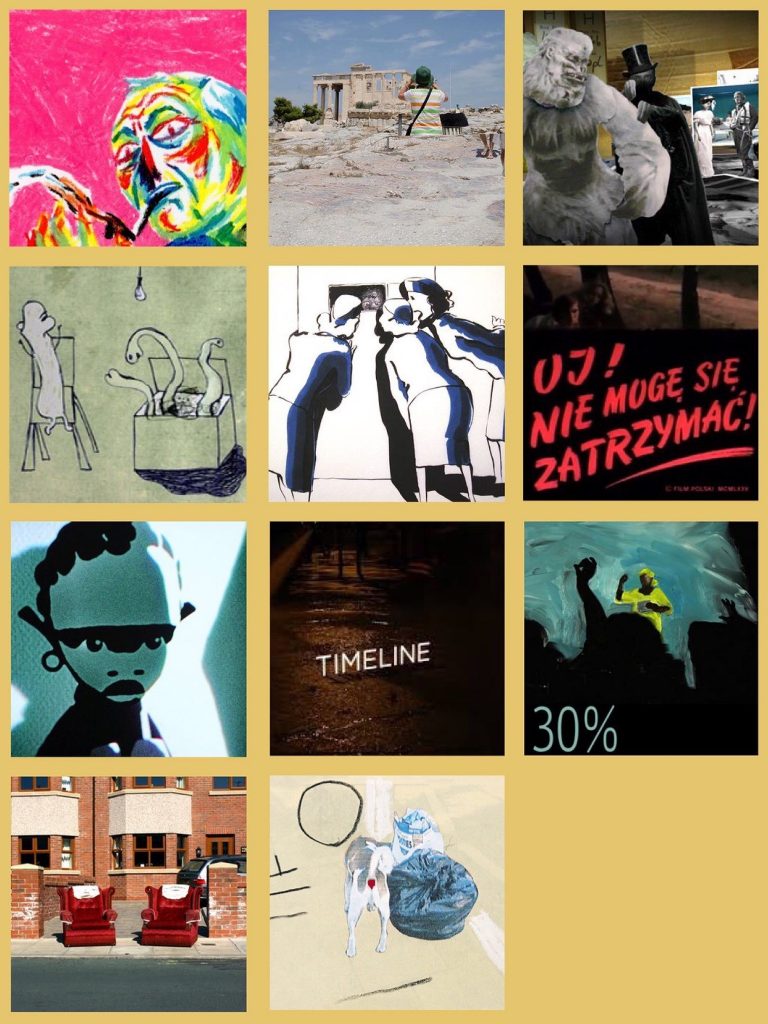 In this session, we watched a collection of short animated documentaries in which we observed innovation in the filmmaker’s position, aesthetics and methodology in the process of creating. This collection was selected by Animation; experiment.

The aim of this selection was to demonstrate the multiplication of structural and visual methods of approaching the subject in animated documentaries.